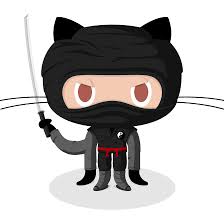 Circa 2015 it's basically impossible and downright dumb to write code without the help of open source software. Even if you're a died-in-the-wool Microsoft developer, you are still going to end up using open source software - hell even Microsoft themselves have open-sourced a bucket load of their software in recent days.

My work and my continued learning are absolutely dependant on open source software, and what have I done to give back - basically bugger all. Well, that's not totally true, I've contributed bug reports, provided feedback on beta software and answered questions in discussion forums over the years. That's all good stuff but it doesn't really cut the mustard - not it the Github social coding spirit of things.

Part of the problem is figuring out what to contribute to or share. I have a knackered old content management system I wrote a long time ago - I'd be happy to give that away, but it's dated enough that nobody would give it house room and there are a thousand other actively-maintained better options. There have been many one-off things I've created over the years, but their application was specific enough that I didn't perceive they had any value to anybody else. Then again, who knows...

Anyway, the point is today that all changed. Today I pushed a little project on to my Github account for all the world to see and use. It's not going to change the world, but I hope somebody can get some use out of it. Result!